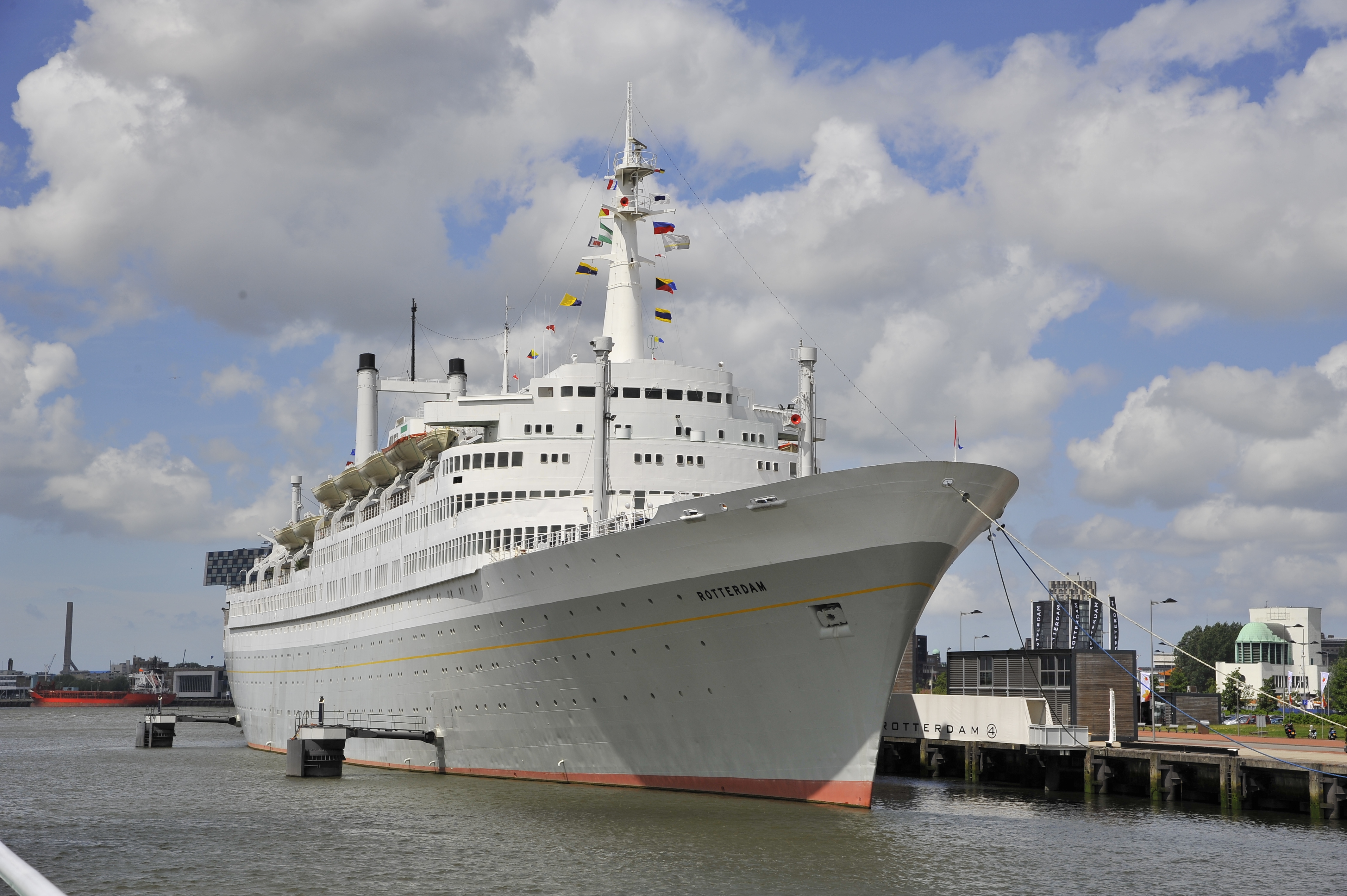 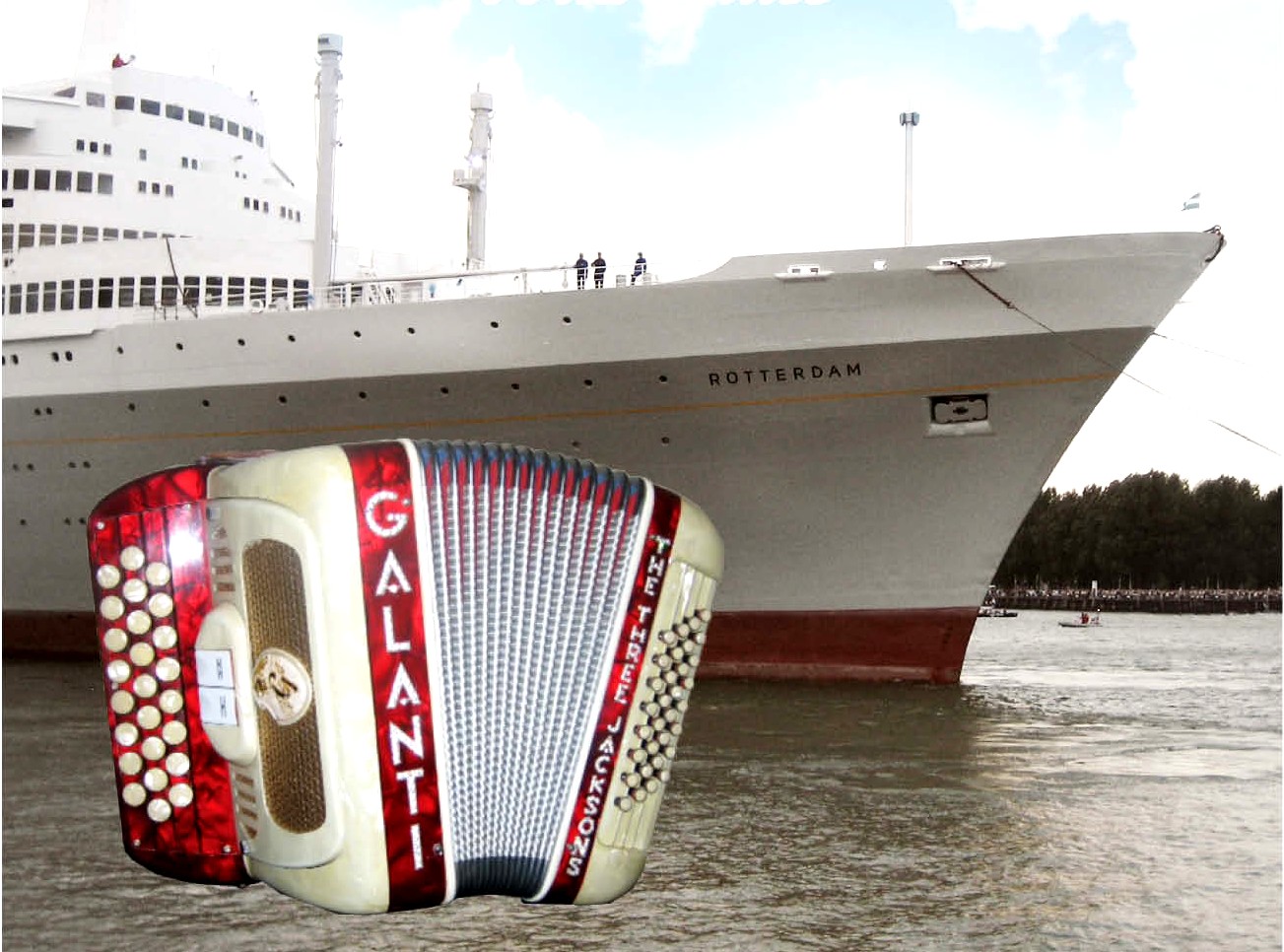 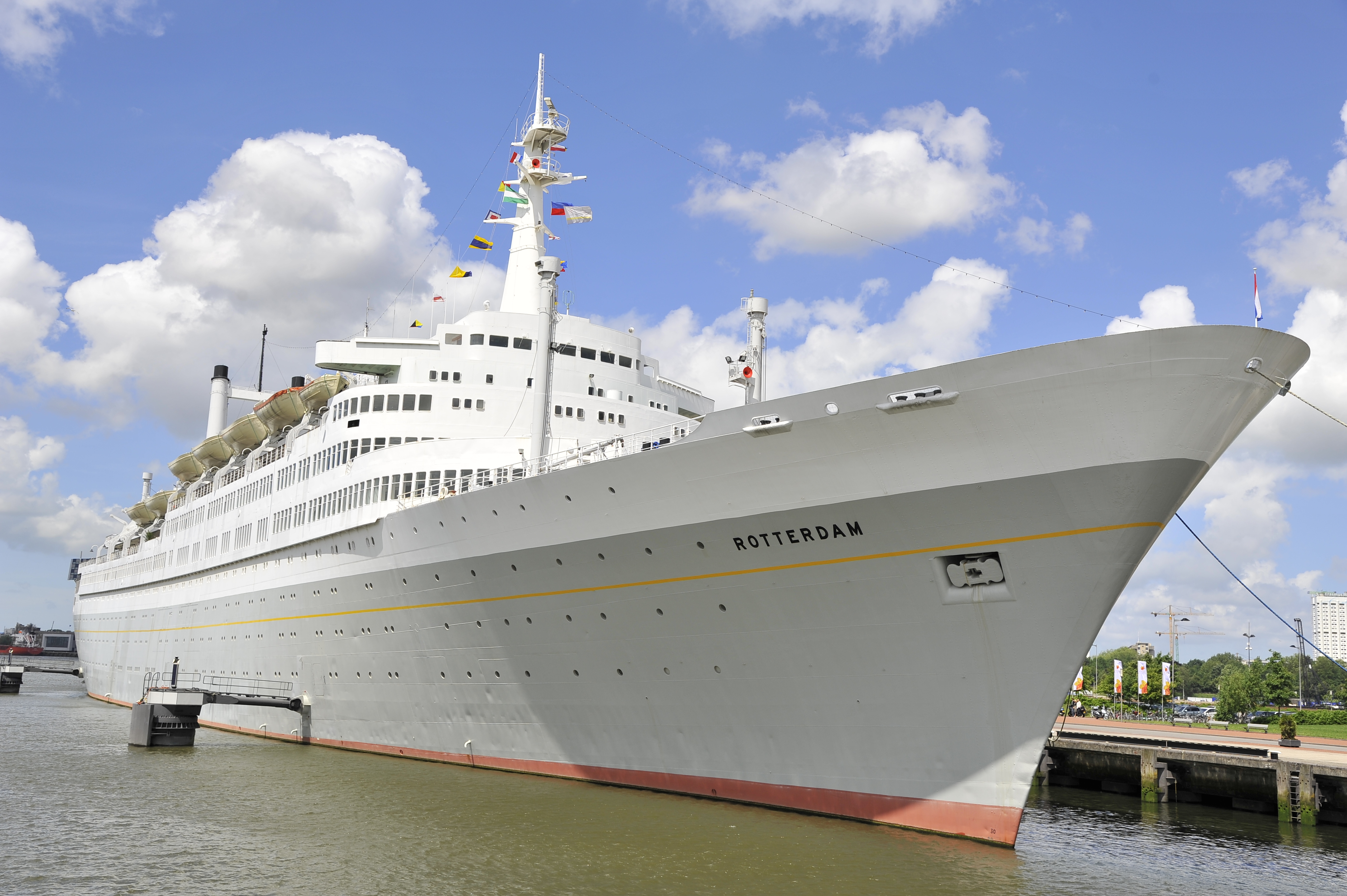 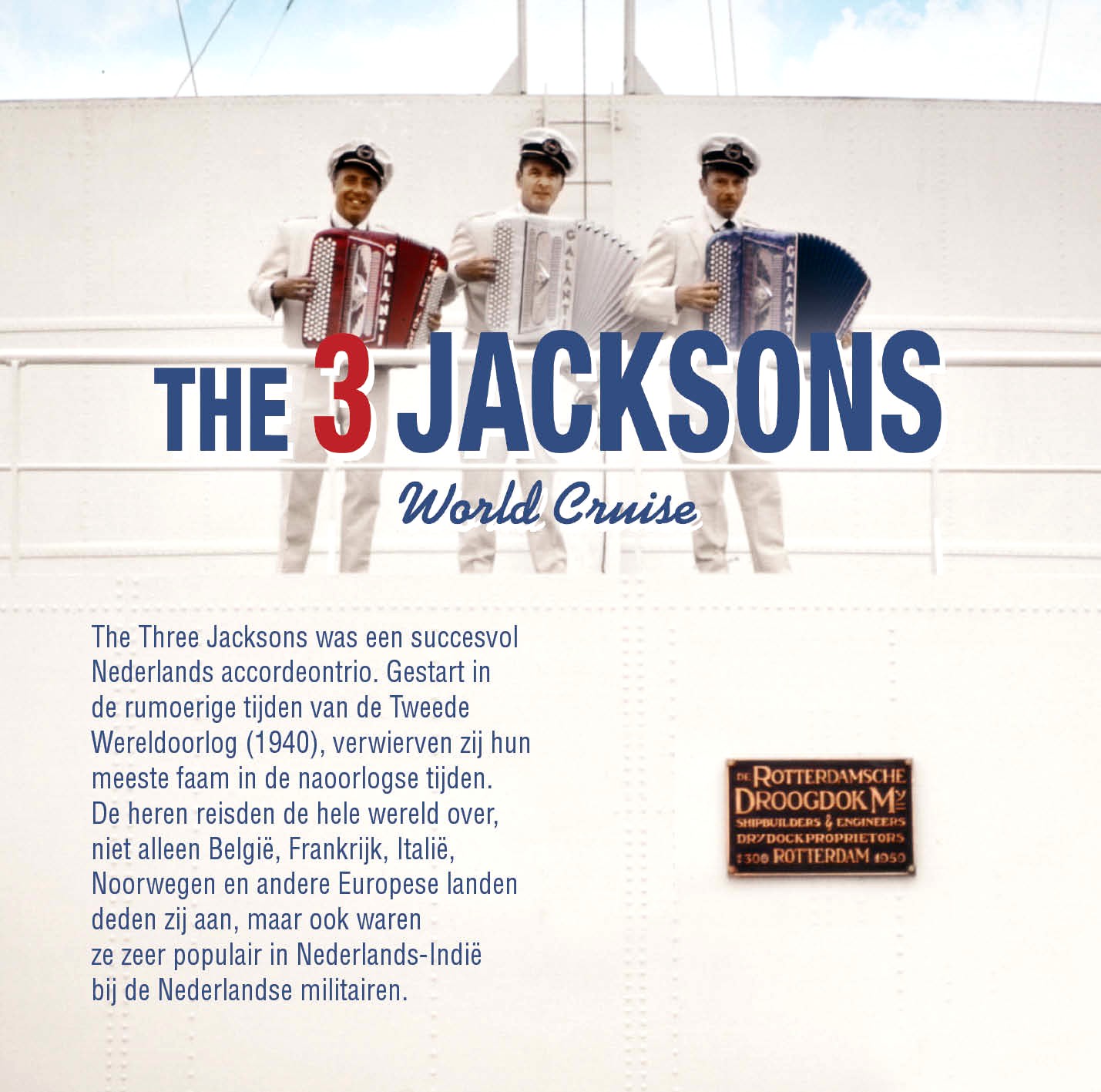 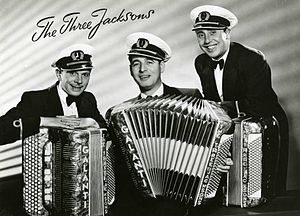 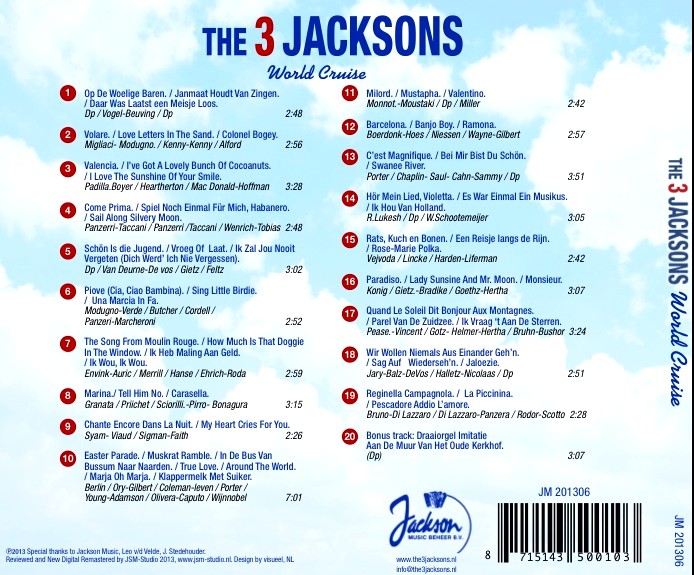 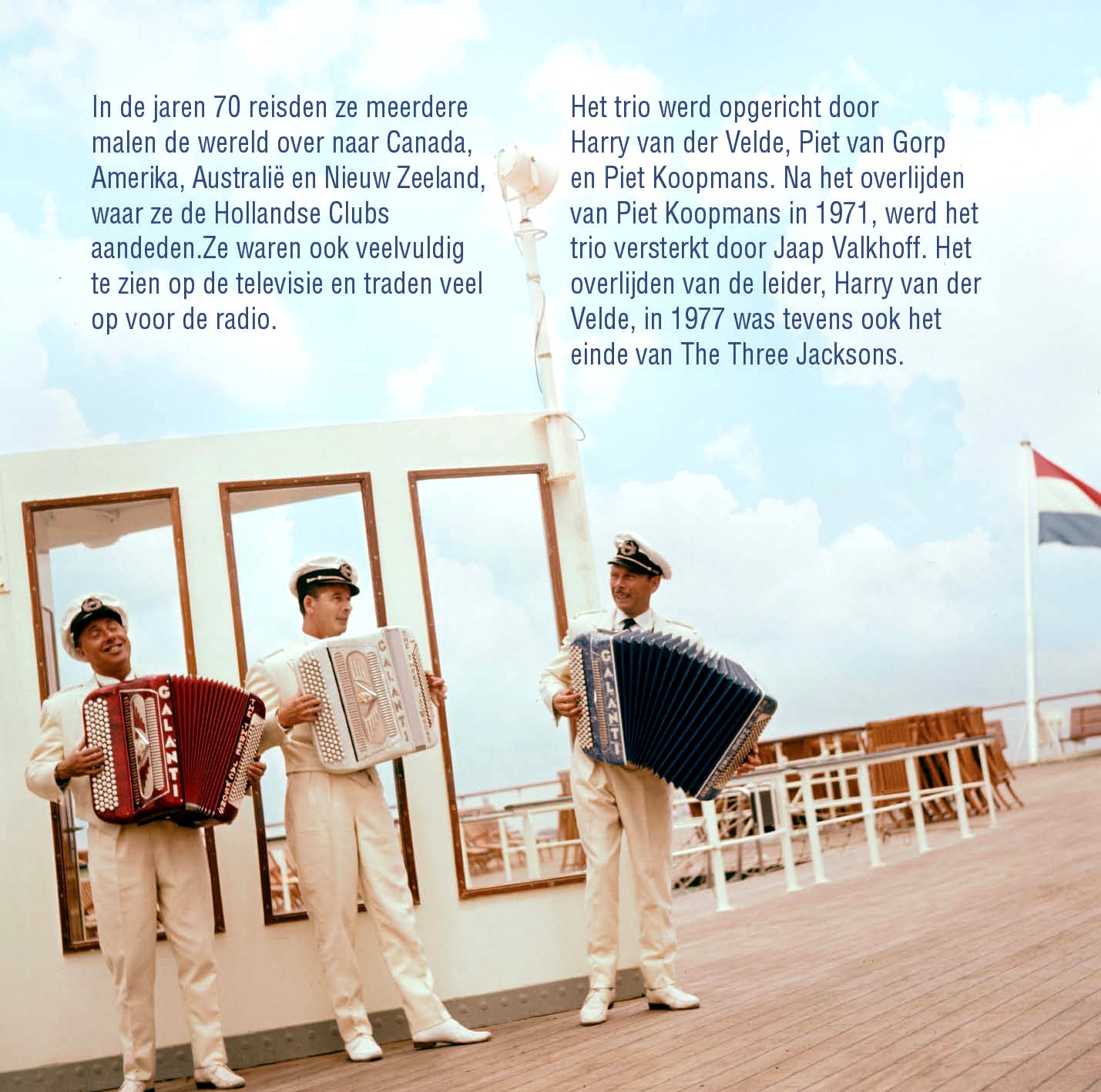 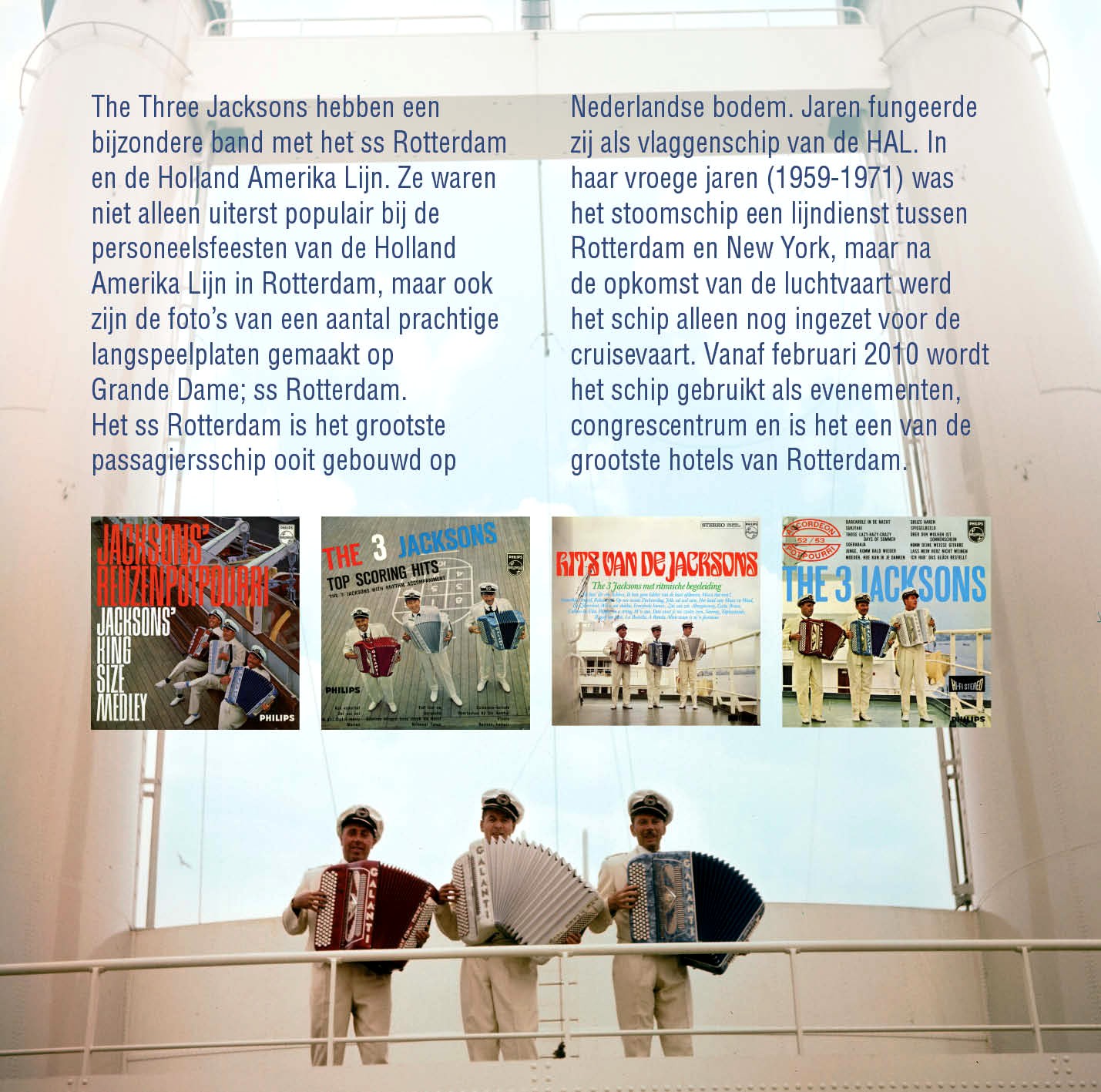 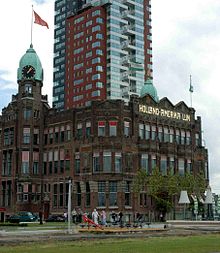 English translation of the

The Three Jacksons was a

they gained most of their fame

in the post-war times. They travelled all over the world,

not only Belgium, France, Italy,

Norway and other European countries, but they were also

very popular in the Dutch East Indies with the Dutch military.

In the 70's they travelled the

world several times to Canada, America, Australia and New Zealand, where they performed

for the Dutch clubs. They were

television and performed much

The trio was founded by

Gorp and Piet Koopmans. After

the death of Piet Koopmans in 1971, the trio was reinforced by Jaap Valkhoff.

The death of the leader, Harry

the end of The Three Jacksons.

The Three Jacksons have a

special bond with the

ss Rotterdam and the Holland America Line. They were

not only extremely popular

with the staff parties of the

Holland America Line in Rotterdam, but also the photos

of some beautiful long-playing records were made ​​on the

The ss Rotterdam is the largest passenger-liner ever built on

Dutch soil. Many years she

served as flagship of the HAL.

the steamship operated a scheduled service between Rotterdam and New York,

but after the rise of aviation,

the ship was only used for

the ship is used for events and

as a convention center. She is

now one of the largest hotels